The month of October comes with it a campaign that is very close to our hearts, Breast Cancer Awareness. The whole world turns pink in support of one of the biggest campaigns in the world.

Why pink though? Is it its feminine association? A random pick? Or did the color come by mere accident?

How pink came to be a symbol of fighters, hope, and health.

Colored ribbons were first used in 1979 when the wife of a hostage taken in Iran would tie yellow ribbons around the trees in her front yard. This signaled her desire to see her husband come home again.

In 1991 Charlotte Haley , a grassroots activist and cancer survivor was trying to raise awareness about the lack of federal funding for cancer prevention. Ms. Haley sent out thousands of cards with a peach ribbon attached resulting in her message reaching too many people to be ignored.

It would be Susan G Komen through her Breast Cancer Foundation who would be the first activist to incorporate pink in her campaign. She did this by having pink visors handed to runners in her Race for the Cure.

With the success colored ribbons had seen for the gulf war and the fight against AIDS, Pink ribbons were handed out during their New York City race. Though Ms. Komen was the first to use the pink ribbon she wasn’t the one to popularize this powerful symbol.

The color pink gains its power 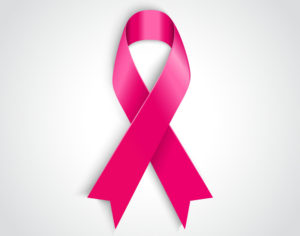 Self Magazine created their inaugural Breast Cancer Awareness Month issue which featured Evelyn Launder the then Senior Cooperate Vice President of the cosmetic giant Estee Lauder and cancer survivor. In 1992 Self Magazine reached out to Lauder again for the same campaign.

Self magazine editor at the time Alexander Penny wanted to join the ribbon revolution and reached out to Ms. Launder to help her make this a reality. With that, the pink ribbon was to be handed from every counter of Estee lauder shops.

As  Penny and Lauder’s campaign grew they approached Charlotte Haley to join their cause but she turned them down siting Self Magazines commercial ties as a problem.

Undeterred they continued and came up with what they coined “150 Pink” a standard yet elegant shade of the color. Over 1.5 million ribbons were handed out that year.

At Global BP Solutions, we are proud to help spread awareness of  Breast Cancer this year. We hosted an in house Pink Friday where our staff came wearing pink joining the world in the fight for the cure to Breast Cancer.

Several studies show that the color pink doesn’t only show femininity (though that was a big factor in it ending up the symbolic color) pink is thought to be;